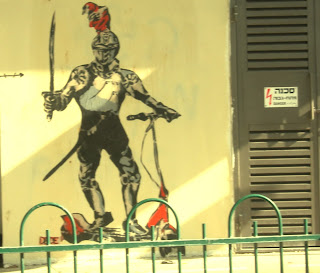 Or, "I had a Dream" vs. "Families is where our nation finds hope, where wings take dream."
Today is MLK Day … it did take me a few minutes to get what MLK stands for in this age of cool acronyms and abbreviations.  After that, just to be on the safe side, took a short stroll on "urban dictionary lane" ( a researcher is a researcher is a researcher, Bush was not going to rest till he found Bin Laden, I had to go to the bottom of the MLK).
To my great surprise, even in Urban, MLK stands for Martin Luther King, albeit, with some added value:
Number one says:
Martin Luther King. When refering to MLK, you are most likely implying someone or something is MLK'ish. As in, immitating in style or persona or the sheer power of Martin Luther King.
1) Wow dawg, that student activity council speech was totally MLK worthy, mad props to you!
Number two says (for the faint-hearted, please abstain):
Martin Luther King; almost every big city in the United States has a street named after him. This street is often run down and infested with drug dealing hoodlums. This creates a negative stereotype for all African-Americans. Mr. King would not be proud of you guys. cough cough....Malik...
Jimmy: "Hey Tommy, how do we get down to the strip from your house"
Silvester: "Well we take the 95 and get off at MLK and take that till Las Vegas Boulevard"
Jimmy: "Fuck you asshole, I don't feel like getting shanked today"
Silvester: "Jimmy dude chill, my car has locks"
Jimmy: "This isn't working out"
… And last but not least, Number Three (gets a capital this one), the one I was looking for:
abbr. for the Greek word "malakas" (=wanker), mainly used online.
Eisai entelos gtp re mlk!
Now, that you all know what 'mlk' also stands for, you may want to abandon the acronym and revert back to a more respectful manner of calling such a grand man.
Now, if I do admire and respect the man (who would not, and who would admit if they did not?), all these quotes that were continuously posted online everywhere you could post anything today, ad nauseam I should say - even one of my favourite stand-up comedian put nothing but King's quotes on his tweets today! - made me think, for reasons I do not wish to explore at this stage, of another type of US maestro ... another type, another kind, another something /anything … you have guessed (well, I did give you a hint in the title and intro of the intro): GWB!
(Also on Urban, as
George W. Bush.
The "President" of the United States of America.
An actor who can waste 187+ billion dollars of American taxpayer's money to invade a country that was no immediate danger to the US, then blame it on Tony Blair's intelligence (since GWB himself has very little). )
So here is my GWB-contra to the avalanche of MLK - always was a rebel...:
1) "The most important thing is for us to find Osama bin Laden. It is our number one priority and we will not rest until we find him." --Washington, D.C., Sept. 13, 2001
2) "I don't know where bin Laden is. I have no idea and really don't care. It's not that important. It's not our priority." --Washington, D.C., March 13, 2002
3) "So what?" –President Bush, responding to a an ABC News correspondent who pointed out that Al Qaeda wasn't a threat in Iraq until after the U.S. invaded, Dec. 14, 2008
But also, and this one probably shows best the real deep influence MLK has had on Bush:
"I just want you to know that, when we talk about war, we're really talking about peace." --Washington, D.C. June 18, 2002
The man was/is also a visionary:
"I'll be long gone before some smart person ever figures out what happened inside this Oval Office." --Washington, D.C., May 12, 2008
But hey! not everyone gets to be the President!
"I'm the commander -- see, I don't need to explain -- I do not need to explain why I say things. That's the interesting thing about being president." --as quoted in Bob Woodward's Bush at War
Happy MLK Day, keep on dreaming!
Email Post